Near the vibrant Shepherds Bush Green area of West London, there is a revitalized area of shops, houses, flats and roof terraces, some up to 4 stories in height. Right in the middle of this is a space where award-winning architect Henning Stummel chose to build a home and office building. With an original, contemporary look and an artistic choice of materials, the completed construction dubbed the »Tin House« has been named a finalist for the World Architecture Festival Award 2016 and the RIBA House of the Year 2016 Award. The Tin House is already a winner of the RIBA London Award 2016.

With the objective of creating an environmentally conscious residence that occupies its place among the surrounding buildings with confidence, Stummel used a contemporary design mixed with craftsmanship details. The Tin House maximizes space through six interconnected pyramidal pods where the color coated steel GreenCoat PLX Pro BT was chosen as the only material for the entire exterior of the construction, both for the roofs and façades. This gives cohesiveness to the separate, yet conjoined units allowing the project to create a dialogue with the warm, earthy London stock brick that surrounds the site.

For the installation of the exterior, Stummel made use of many traditional tinsmith skills and opted for narrower seam centers of 500 mm as opposed to the more common 600 mm, which worked better with the chosen windows and doors. This, coupled with the use of an angled and 100 percent watertight seam, helped to create the modest and utilitarian finish. Besides being well known among tinsmiths for its easy hand forming, long color retention as well as resistance to corrosion and scratches, GreenCoat PLX Pro BT features a Bio-based Technology (BT) with a substantial portion of the traditional fossil part replaced by Swedish rapeseed oil. This unique, patented solution by SSAB reduces the environmental footprint of the house significantly.

As a finalist for the World Architecture Festival Award 2016 as well as the RIBA House of the Year 2016 Award, the Tin House has been recognized by architects and builders worldwide in addition to being featured on the UK television program »House of the Year 2016«. RIBA awards and prizes have been honoring the best architecture in the UK and around the world for the past 50 years. The World Architecture Festival (WAF) is the world’s largest international gathering of architects.

Near the vibrant Shepherds Bush Green area of West London, there is a revitalized area of shops, houses, flats and roof terraces. Right in the middle of this is a space where architect Henning Stummel chose to build a home and office building. 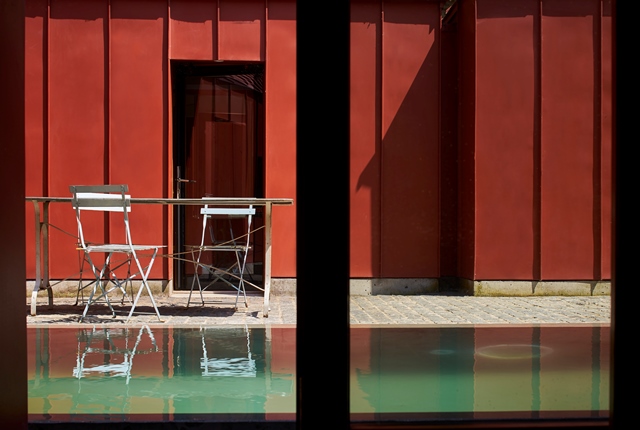 The Tin House is currently awarded and nominated for:

7 questions for Henning about GreenCoat® as a platform for award-winning constructions:

What are the benefits of using the GreenCoat PLX Pro BT material?

Why did you choose steel for the roof and façade and not other materials?

What were the challenges you had to overcome while designing the Tin House?

What can you tell me about the quality of GreenCoat® in general?

Do you have more examples in which GreenCoat® is being used?

How do you feel about being nominated to the WAF?

Read more about Henning Stummel Architects and the Tin House

Vibrant and made to last - GreenCoat® samples are available in a great variety of matt, gloss and metallic surfaces as well as for wide range of different building applications.